Progress: How much is enough? 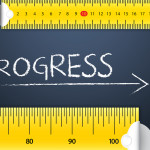 Parents are often surprised to learn that the school district’s obligation to a student with a disability is not to maximize the student’s potential. This is one of the central questions in most cases in our offices. What parent would say they want only the basic education for their child and a little progress is good enough? That is the inherent tension between parents and school districts in special education.

A recent Fourth Circuit case , O.S. by Michael S. and Amy S. v. Fairfax County School Bd. 66 IDELR 151 (4th Circuit 2015) held that a child with a seizure disorder during kindergarten and first grade years was not denied a free, appropriate, public education since he received “some educational benefit.” This case addresses the issue that is a split among the Circuit Courts about whether the Individuals with Disabilities Education Act (IDEA) requires “some educational benefit” or a “meaningful educational benefit.” The Court cited the seminal case of Board of Education vs. Hendrick Hudson Central School District vs. Rowley (U.S. 1982) which stated that meaningful simply means more than trivial.

Since this was a statutory interpretation challenge to IDEA, the U.S. Circuit Court for the Fourth Circuit reviewed the District of Court’s decision de novo. In determining whether IDEA requires a meaningful educational benefit to the student, the court held that the controlling law was decided in United States v. Rowley. In that case, the Supreme Court found that while IDEA requires meaningful access to a “free and appropriate public education,” it only requires that the access be tailored to give the student some educational benefit. Despite this precedent, O.S. argued that 1997 and 2004 amendments to IDEA changed this standard. Relying on the restructured preamble indicating that Congress wanted to focus on providing higher expectations for students with special needs, as well as a decision by the 9th Circuit, O.S. argued that Congress changed the standard to require meaning for benefit to the student, not just meaning for access. The Fourth Circuit was not persuaded and held if Congress meant to deviate from Supreme Court precedent it would have done so expressly. The court further stated that the educational benefit required was already determined to be meaningful under the current Rowley standard and that the school need only meet this standard when tailoring a student’s access to a free and appropriate public education.

Micki Moran is the founding partner of The Child and Family Law Center, Ltd. She dedicates her practice to providing legal assistance to children and families who are in need of representation in the areas of special education, disability law, juvenile and young adult criminal law, abuse and neglect, guardianship, and mental health issues. Micki's practice is founded on the principle that children and their families require and deserve excellent legal representation with a multidisciplinary approach that works with multiple systems of care and creates communities that support and improve the quality of all peoples' lives.
View all posts by Micki Moran →
This entry was posted in Education Law, Special Education / School Law, Uncategorized and tagged Education Law, Individuals with Disabilities Education Act, Special Education, Special Education Law. Bookmark the permalink.