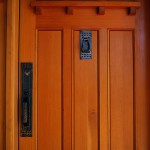 The resident district is the school district in which the parent or guardian, or both parent and guardian, of the student reside when:

As far as residency determinations for special education students whose parents are divorced or separated, the School Code states:

The resident district is the school district in which the student resides when:

In this era of scarce resources, school districts are vigilant regarding residency. A number of districts employ retired police officers to investigate and monitor residency issues. This is not an issue schools take lightly.

Micki Moran is the founding partner of The Child and Family Law Center, Ltd. She dedicates her practice to providing legal assistance to children and families who are in need of representation in the areas of special education, disability law, juvenile and young adult criminal law, abuse and neglect, guardianship, and mental health issues. Micki's practice is founded on the principle that children and their families require and deserve excellent legal representation with a multidisciplinary approach that works with multiple systems of care and creates communities that support and improve the quality of all peoples' lives.
View all posts by Micki Moran →
This entry was posted in Divorce & Custody, Special Education / School Law and tagged Residency. Bookmark the permalink.